Beeing a complete and utter noob when it comes to weapons, I must admit that I was really anxious when I visited Bucharest Shooting Club last week. I have always wanted to fire a weapon and while I was visiting Romania I really wanted to try it out so I went out and booked a few hours at the range just outside Romania’s capital city, Bucharest. I was really surprised to see just how professional this range really was. Even though it was located aproximately 25km away from the city, they had a really nice transport shuttle that you could take from the city’s centre. Once I got there, the trainers were really pleasant and polite and they had mad English skills. Before they could give me a massive handgun to fire away as I pleased at a few puny cardboard targets, I had to go through the basics of handling such a weapon. This is where I learn four rules that everyone that holds a gun should respect. 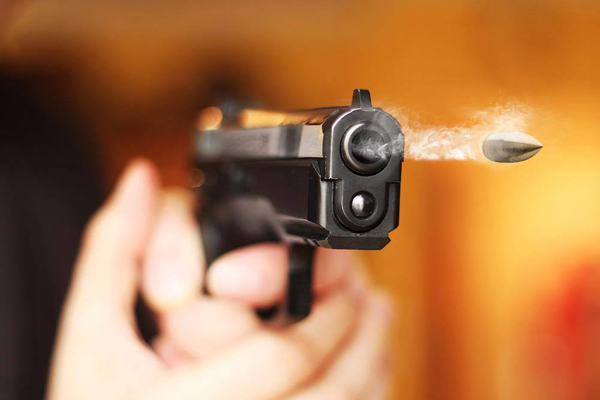 The first rule, think of the gun that you are holding as being loaded. If you first pick up a gun that you did not handle before hand, treat it like it has a live round down the chamber. Pick it up, keep your finger away from the hammer and from the trigger and check to see if there is any ammo inside it. Take out the magazine, check the chamber and remove any ammo from inside the gun until you are completely ready to fire it.

The second rule, never point the gun at anything that you are not willing to destroy. Even if the gun is empty, this does not mean you can wave it around carelessly. The third rule, always be sure of your target and it’s surroundings. Even if you think that if you are an ace at Call of Duty, it does not mean you will be able to hit your target from the get-go. Be sure that the area behind and near your intented target is clear and safe before you fire, you never know what you may hit, even if you are a real sharp-shooter.

And the fourth and final rule, is about keeping your finger off the trigger until you are ready to shoot. You may have the target in your sights, you may have a bullet in the chamber and the safety is off, but your mind is not yet ready to pull the trigger, then keep your finger off it to avoid any possible accident, or bad outcome. If you are a foreigner like me and want to have a real good time in Bucharest and also have the time of your life, then I would truly recommend www.bucharestshootingclub.com
Email ThisBlogThis!Share to TwitterShare to FacebookShare to Pinterest

It isn't The Dogs (part four)

The one dog would have been a great fit for her but she wasn't interested after finding it out that it could be a mix. Really! I answer ever question promptly regardless of how many times she asked or how silly of a question. And trust me she asked the same questions over and over again. I finally said to her that I feel you are a bit frustrated that things are not moving as quickly as you would like them to and I feel that due to my busy schedule I can not accommodate your needs at this time. I think it is best if you adopt a dog from a different agency. I just couldn't take it any more. I am sure she would have been a great home. Her vet reference was glowing but I just couldn't handle the stress. She got really mad when I told her the dog she was interested was not a good fit. Her response was "I guess you aren't in the business of adopting out pets. If you want to keep them don't put them on the website." OMG lady really. So, seriously it isn't the dogs I need a break form it is the people.
Email ThisBlogThis!Share to TwitterShare to FacebookShare to Pinterest

It isn't The Dogs (part three)

I had one lady email me and ask why I was charging $200 for a dog that was an owner surrender. Doesn't owner surrender mean everything was already done when you got the dog. UM let's think about this lady. The owners gave up their dog. Do you really think they cared enough to do the vet care? No one ever asks "hey I see you spent $3,000 on this dog but the adoption fee is only $200. Are you sure that is enough?" Heck I had a dog for 12.5 months. She received all her shots, rabies, was heartworm tested, given frontline and heartgard for 9 months, received 1 year vaccinations, was wormed, had a dental, was fixed and I feed her for 1 year. her adoption fee was $100. Really people do you think that the rescue made money on her? For the first time in 5 years I turned away an adopter. The women kept accusing me of things, asking questions like "What do I get for $200" she is also the one who questioned why the adoption fee was so high. She said she must have a pure breed but 2 of the dogs she was interested in were mixes.
Email ThisBlogThis!Share to TwitterShare to FacebookShare to Pinterest

It isn't The Dogs (part two)

Then I have the adopters who call and without really accusing beat around the bush that "something is wrong with the dogs since we brought him home." Ok you have had him a week, a month, a year and he was fine when he left me. Did you take him to the vet? I have people all the time think the "shedding" means they are sick. No, shedding means a Million different things and as I tell everyone if you take the dog to the vet with in the first week of having him/her and the vet says this dog has x and this is something the rescue should have known then I will 100% take the dog back, give you back your money and treat the dog myself. I will not pay the vet bills if you treat him but I will treat him and give you back your adoption fee. I don't think if I am trying to scam you or adopt out a sick dog I would do that. I guess that is what bothers me the most. People acting like I am trying to screw you. I mean don't get me wrong there are plenty of people out there that are trying to screw you but I would hope with all the information I have given you and everything I do for you that you would have a little faith in me.
Email ThisBlogThis!Share to TwitterShare to FacebookShare to Pinterest

It isn't The Dogs (part one)

Seriously my stress and anxiety is not over the dogs. It is over the people that unfortunately go with the dogs. I don't need to scale back or take a break from my dogs I need people to take responsibility for their actions. I love every single one of my adopters. I have meet some really really amazing people along the way. I have even been privileged to call some of the wonderful people my friends. Heck some of my adopters I even invited to my wedding b/c I have had such a wonderful relationship with them. And some I even do non dog related things with. It isn't my adopters who stress me out. Even though some are way higher maintenance then others, that is ok. I am here for everyone who has adopted from me, when it comes to their dog(s). And some I have even gotten jobs at my work. Don't get me wrong, if I can help I can but the demands demands people have put on me this week. People call all the time demanding I do this or I do that. Come get this dog right now? Huh? Um how about no. It just amazes me grown adults act like such spoiled children. Then I have the people that call me telling me all their martial problems. I am not a therapist, leave me alone.
Email ThisBlogThis!Share to TwitterShare to FacebookShare to Pinterest


I love the sense of narrative here, the scale with the human figure, the fact that I have had one imagine in my mind for years of what a Shoggoth looked like (which was much more ameboid, or perhaps a cube of jelly with eyes) and Craig has given me another. Very nice. 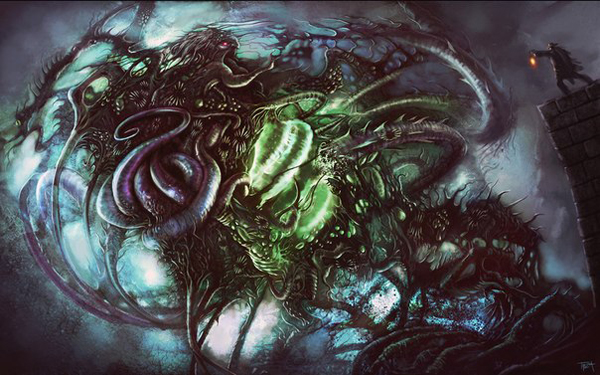 
No story has ever scared me as much as "The Dreams in the Witch House" did when I was an adolescent. Thanks, Kate, for giving my nightmares a form. Really. That's Brown Jenkin pitch perfect. Thanks. Appreciated. Now I won't sleep tonight. Or ever again. 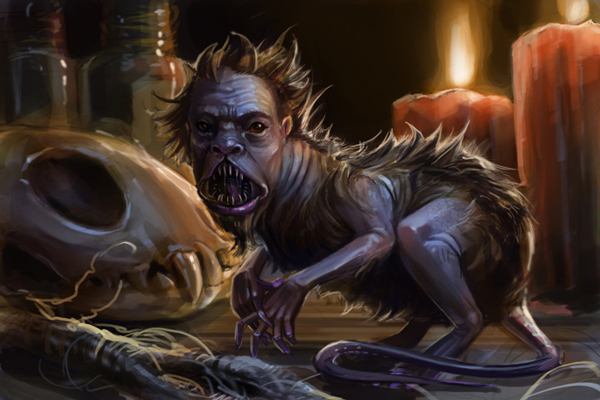 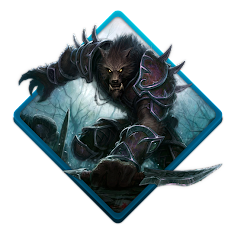